AKWA IBOM STATE EMBLEM AND ANTHEM: THE NEW FACE OF OUR COMMON IDENTITY

The official unveiling of Akwa Ibom State emblem by Gov. Udom Emmanuel as part of activities marking the 33rd anniversary of the state creation speaks volume about the Governor’s unwavering disposition in the unity and greatness of the state. It further amplifies his position on the peaceful coexistence of Akwa Ibom people at home and in the diaspora.

The emblem which projects the rich cultural heritage of Akwa Ibom does not only give us a common identity, but will stand as a reminder to us and posterity about who we are as a people, what we possess and who we should become.

In line with the Dakkada Creed, this emblem is a confirmation that Akwa Ibom was created by God out of greatness, and as a people, we can move beyond biases, ethnicity, religion, gender and rise to togetherness. It is a unifying factor that gives our people a sense of pride. A perfect evaluation of the elements contained in the emblem shows the richness of our dear state, and that we have all it takes to be great.

However, while many have expressed their delight for the emblem, a few individuals have given opposing views and some attempt to denigrate the efforts. And this is where it calls for concern.

Some people have already given a political colouration to it, while some out of ignorance and sheer hatred condemned the work, citing certain misrepresentation of the elements therein.

The problem is that some aggrieved people do not know when to criticize and when to praise. And even very appalling is that their criticisms are subjective.

The Government didn’t just wake up to present the emblem as erroneously believed by some people. The art work was subjected to grueling critiquing and selection regimen.

Sometimes in September 2019, the state government called for submission of entries for logo, anthem and flag of the state. At the end, about 400 entries were submitted for the logo, over 200 for anthem and 300 for flags from Akwa Ibomites across the world. Thereafter, a 12 member Committee drawn from the academia and professionals in music, fine arts and journalism was set up, to screen all entries.

After rigorous and strict selection processes by a non-partisan committee, one was finally picked and sent to the Akwa Ibom State House of Assembly for approval and legal backing. But today, some people are projecting it as if it’s something that was done at the backyard, and this is what only ignorance can do.

It is well known that as our faces are different, so is our taste. Even if the committee had received entries from 5 million people projected to be resident in the state, people would still be criticizing the one that would be selected. But it is essential that people know when to criticize and when to praise.

Castigating the inclusion of a lion in the emblem and calling it a symbol of violence and aggression further aggravated the ignorance on the critic. Even our aged parents in the village can easily spot the elements and give interpretation of the symbols with the exactitude it deserves. But it’s like too much of reading has made some people mad.

Though He is the Lion of the tribe of Judah, He is peaceful, loving, compassionate, understanding and above all hospitable. And these attributes are seen in a typical Akwa Ibom person. And the crowning of a lion in the emblem depicts bold and courageous leadership, which has taken Akwa Ibom farther than its contemporaries.

If the designer had used a dove instead of a lion as suggested by some to depict peace, the same people would have said that the emblem has a religious undertone, and would have created religious war. Someone suggested that there would have been a symbol of water in the design since Akwa Ibom is derived from the great river(Atlantic Ocean). As intellectually sound as this may appear, it is not possible that everything must be included therein.

Akwa Ibom represents so many things, and attempting to clutter everything we stand for into one emblem would have amounted to graphical ineptness.

The design to some appears very traditional, and shouldn’t be used. But is it possible to separate culture (tradition) from who we are? What makes us a people is our culture (tradition) and that is what the emblem depicts. Like Lagos State, Cross River State and many others that have emblems, the respective designs show the rich cultural heritage of the people, and that is the beauty of a state’s emblem.

Howbeit, the emblem and anthem of our dear state has been officially presented to the people, another sterling achievement of Gov. Udom Emmanuel administration, it is our obligation to focus on the message in the emblem which will fan our embers of patriotism and loyalty to the collective goal before us. 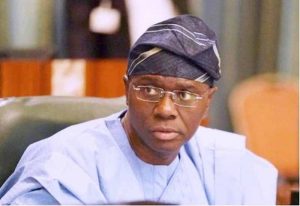 We Are Deploying Smart City Security Intervention in Lagos State 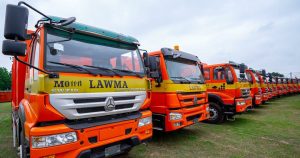