Godswill Akpabio, the effervescent Minister  and apostle of uncommon political stunts may have  been dismantled in Akwa Ibom State.

Trouble started when Senator John Akpanudoedehe APC National Secretary. His emergence automatically elevated  him emerged as the APC Leader in the State.

Godswill Akpabio who viewed Udoedehe’s emergence as a threat to his political empire has been uncomfortable.

He took his discomfort and protracted fiasco to a crescendo when he boycotted APC Stakeholders meeting on Saturday, September 26.

Insiders say Akpabio has been  distraught at the unexpected turn out of events in the Party.

Moreover, party leaders are said to be angry with Akpabio. They seem to be disappointed over the party’s poor showing since Akpabio joined them in August 2018.

Their perception of Godswill Akpabio led to the justification of the choice of Udoedehe.

“We were perfectly on ground. But his arrival saw our goodwill completely flushed down the drain. All the  misfortunes and killings that characterised his administration, was transferred on us,” a party stalwart  disclosed.

In their separate opinions at the hurriedly convened stakeholders  meeting, they maintained that Akpabio’s leadership since 2019, had been clannish. They complained that all favour are being channelled to his close allies and kinsmen

“Since his assumption of duties as a Minster, no party executive member has been consulted in lieu of any federal appointment. All favour go to his allies at the expense of us who fought to preserve the party since 2007.”

They also frowned that appointees so far considered from the state are mostly sent to non  lucrative boards. “Therefore, we  are unable to be of benefits to the party structure in the state,” another party leader said.

“Contrarily,  Udoedehe has carried people along across loyalty lines since he became  National Secretary of our Party”, the stakeholders observed.

In the same vein, a participant pointed at Senator Ita Enang as one of the leaders who Akpabio has disappointed.

has over time,  expressed his frustration in the Niger Delta Ministry with Akpabio whom he accused of never  consenting  to any of his project proposals, entitlements and pleasantries at public and private occasions.

He is further said to have asked the State Acting Chairman of the APC, Dr. Ita Udosen to enquire from Akpabio what he (Ita Enang) has done to warrant such level of bile and frustration.

“The late State Chairman of our great party had consistently harped on this. He was always calling for togetherness, unity, harmony, co-operation and collaboration amongst our leaders. His sermons were  for the sake and benefits of our teeming party faithful.

He added that “lack of impactful support for members is a direct consequence of the perceived discord amongst our leaders.”

Said Udosen, “For federal appointments to come from outside APC family is very unsettling to the party and its members.

“The monkey de work baboon de chop” reward system in our party is very disappointing and discouraging too.

“Please our leaders should work harder to stop this trend. We thank the National Secretary, Pastor John Akpan-Udoedehe for his very inclusive appointments of our members into various party committees. We urge him to use his good offices spiritedly to stem further appointments outside APC family.

In a communique later issued, “Stakeholders noted with delight the frequent consultation by Udoedehe with other leaders of the Party. We  sue for more of such engagements going forward.” 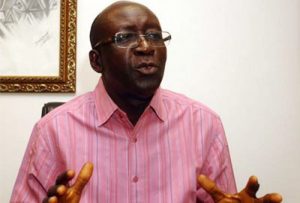 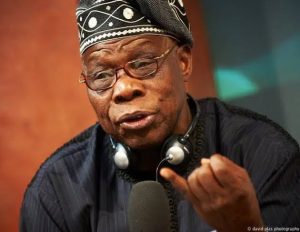