Governor Hope Uzodimma of Imo has inaugurated a 17-man Judicial Panel of Inquiry that will look into alleged police brutality and related extra judicial killings.

He has also appealed to #EndSARS protesters to take advantage of the Commission to get justice.

The governor said that the inauguration of the Commission was in line with the directive from President Muhammadu Buhari and resolve of the Nigerian Governors Forum that each state take steps to implement the demands of the #EndSARS protesters.

Uzodinma said the disbanded SARS has provided the opportunity to further interrogate the concern of the protesters, not only in Imo State, but in the 36 States and the Federal Capital Territory (FCT), Abuja.

He enjoined the panel to investigate all human rights abuses and brutality as well as extra judicial killings perpetrated by SARS in the past in Imo State, if any.

He also enjoined the members of the Commission to invite and take evidences from all victims of police brutality and extra-judicial killings, including from their families and friends.

The governor advised the panel to create friendly atmosphere that will allow the public to come forward and present their grievances, adding that the Panel should on its own compel witnesses in one form or the other to appear before it.

According to the governor, members should evaluate all cases presented before them and make recommendations to Government on where compensations should be paid and also determine appropriate punishment for the Police officer(s) or member(s) of the disbanded SARS that committed such crime, where necessary.

He said the membership of the Panel cuts across all interest groups such as, the Youth Council, CAN, NLC, NCWS, and others for a better result.

She said that “by setting up the Panel, Government has shown elasticity and responsiveness to the yearnings of the masses all over the country.”

She said that “the Panel is only interested in finding out what really happened that is causing pains, sorrow and tears to Nigerians both high and low”.

She promised that when they conclude they will “lay it open and make credible recommendations to the Government.”

She also “urged all aggrieved persons to sheath their swords and bring their complaints to the Panel,” promising that “with the help of God all shall be satisfied at the end of the day.”

Mr. Isaac Oguzie is the Secretary of the panel. 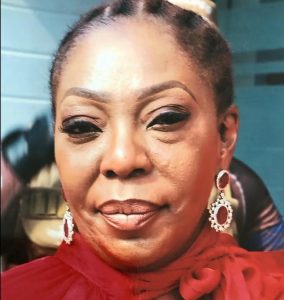