Following a tense week of electioneering, Joe Biden on Saturday, garnered 270 electoral votes to become the 46th President-Elect of the United States of America.

The former Vice President’s win brings the four-year tenure of Donald Trump to an abrupt end.

Many analysts had anticipated a Trump win. Early this year, Trump proved his political prowess after surviving his impeachment trial.

Here are five reasons that could have been responsible for Trump’s defeat:

* Mishandling the coronavirus pandemic: Trump’s failure to manage the coronavirus infection at the early stage contributed to his loss. When the virus surfaced, Trump was in denial.

Trump made the wearing of masks and social distancing a partisan issue.

His early denial of the virus led to an unprecedented rise in the national death toll. Sadly, the greater the daily number of COVID-19 cases, the more Americans think Trump was doing a bad job.
The final straw was three days after the debate, Trump — who for months had downplayed the coronavirus, who had repeatedly denigrated Biden for wearing a mask — announced that he had contracted COVID-19.

When George Floyd, an African American man, died with his neck under the knee of a Minneapolis police officer, the video shocked many across the nation.

Rather than seeking to heal the country, Trump reportedly reacted to largely peaceful, multi-racial protests across the country by seizing on isolated acts of rioting and vandalism to stoke fear.

As protesters took to America’s streets to show their support for the Black Lives Matter movement, the President’s consistent calls for “law and order” placed him on the losing side.

* Unpresidential traits and endless controversies: Trump was indeed a man of many controversies. Undoubtedly, many Americans had grown weary of Trump’s act especially his seemingly endless tweets, tantrums and conspiracy theories

Many highly-educated Americans thought his presidency was too unpresidential. Many found the manner in which he defied so many customs and behavioural norms off-putting and often offensive. They were put off by his aggressiveness. His use of racist language in tweets maligning people of colour was also deemed unsavoury.
* Policies: So many conspiracy theories alongside divisive policies affected his re-eleciton bid. Trump never had the support of most Americans. His approval rating was also on the average due to the country’s economic downturn. Most importantly, his issues of trade and immigration, public opinion moved firmly against him.

Trump was at odds with China on trade issues. Trump halted funding of the World Health Organisation(WHO) after pulling out of the agency, accusing it of protecting China as the coronavirus pandemic took off. 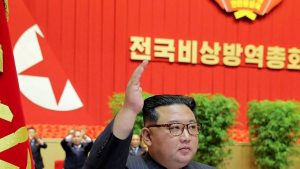 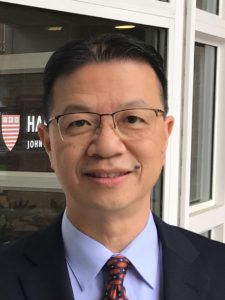