Kubrat Pulev has vowed to drag Anthony Joshua into a deep, dark place and ‘expose’ him in front of the world again ahead of next month’s heavyweight world title showdown.

The Bulgarian has been studying Joshua’s fights closely throughout his preparations and believes the unified champion does not have the mental toughness to survive against him.

Pulev, who’s only other world title challenge ended in defeat against Wladimir Klitschko six years ago, is confident he can emulate Andy Ruiz Jr by springing a surprise and ending AJ’s spell at the top of the heavyweight division.

“I have been watching his fights carefully. He has a good style and he is a good specimen, but he has not shown any mental toughness,” Pulev told Betway Insider blog. “Yes, he has skills, but he hasn’t shown the mental strength. This is something from within, in the blood of a man, and he does not have it.”

The 39-year-old, although a sturdy test for Joshua, is merely seen as a stepping stone on the path to Tyson Fury and the undisputed heavyweight crown.

But Pulev is full of fighting talk and  said  Joshua is in for a rude awakening: “This is going to be a mind game and a chess game for as long as it lasts – a master chess game – but the only difference is the end is going to come like lightning.

“I can tell the fans that I will expose AJ again and prove they have been idolising the wrong guy. I will expose him to the world for a second time.”

His words of caution will not convince Joshua, who last week said he expects to ‘steamroll’ through Pulev before sitting down at the negotiating table to finalise a fight with Fury. 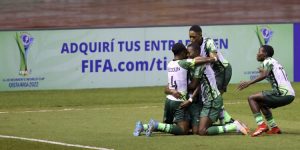