The premium ticket   for the  eagerly awaited  Antony  Joshua’s WBA, WBO and IBF heavyweight title defence against  Kubrat Pulev at The SSE Arena, Wembley on December 12  will reportedly cost nothing less than 1,000 British  Pound Sterling (about  N507,076.10).

Tickets for the fight  are  expected  to be on sale from Friday with the least being 100 British Pound Sterling (about N50,711.80) for any of the  would-be 1000 fans that will watch the bout from the ring side.

Leading news outlet, SkySports hinted  that  the Joshua’s heavyweight title defence against the Bulgarian  will be in front of a small attendance.

Promoter Eddie Hearn has reportedly received the go ahead to include a small attendance, with strict safety measures and guidelines in place ahead of Joshua’s long-awaited homecoming fight.

Tottenham Hotspur Stadium was the original location for Joshua’s WBA, IBF and WBO title defence against IBF mandatory challenger Pulev in June, but The SSE Arena now replaces The O2 as the confirmed venue.

“I can’t tell you how happy I am to see fans returning to our live boxing events,” said Eddie Hearn, Managing Director of Matchroom Sport. “Whilst the team have done an incredible job over the last 10 months we live and breathe through the energy and atmosphere that a live crowd generates.

“It’s so fitting that they can return for an AJ fight, when through the last few years he has broken all kinds of attendance records in the U.K. and beyond. This is such a positive move for boxing and all sport. Welcome back!” 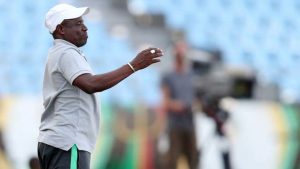 Yusuf invites Buhari, 29 others to U.S. for Mexico, Ecuador friendlies 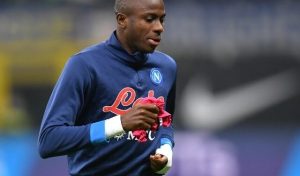