Recent attacks on prison facilities and police command centres in Owerri and contiguous regional theatres by gunmen speak to a potential strategy tweak by ‘separatist forces’ in the Southeast with latent security backlash, writes Louis Achi.

Clearly, what is unfolding in the nation’s socio-political space is comparable to an Athenian tragedy but lacking the majesty of a Greek drama. A verdict delivered years ago, this paraphrase of the late erudite economist and scholar, Dr. Pius Okigbo’s position, simply distils the damming failure of the nation’s political leadership.

In geology-speak, seismic activity is spawned by the release of built-up stress within the earth’s crust along geologic fault lines and can be quite destructive and disruptive. In Nigeria, currently, ethno-religious fault lines amplified by quirky leadership is spawning security nightmare, massive socio-economic and political disruptions and destruction.
Early last Monday morning, a prison facility and police command centre in Owerri, Imo State, was targeted by gunmen, who destroyed part of the prison walls with explosives, freeing 1,844 inmates. A police officer was shot and injured in the attack.

The police alleged the gunmen were from the Eastern Security Network – a quasi-military wing of the dominant pro-Biafra secessionist group in Southeast Nigeria, the Indigenous People of Biafra (IPOB). But the group has denied responsibility.
From London, where he is having a two-week medical check-up, which has now been extended, President Muhammadu Buhari condemned the attack as an “act of terrorism.”

According tpolice spokesman, Frank Mba, reinforcements had been sent, including “a new special investigation team specifically set up to deal with cases of incessant attacks on security formation/operatives in the region”.

Significantly, since President Buhari assumed power, the Southeast has experienced scaled up resurgence in secessionist sentiment since the 1967-70 Biafra war. Millions died during the conflict, many from starvation after a government blockade of the region.

Perhaps, not surprisingly, in recent years, security forces have launched successive controversial crackdowns on mass protests, boycotts and attacks by suspected pro-Biafran groups. In 2017, two years after Buhari’s induction as president, IPOB was banned from organising by the federal government, labelled a terror organisation – blamed for attacks on security personnel and citizens.

Economic inequality and deprivation have fuelled secessionist resentment in the Southeast of the country, although much of this scenario runs through several regions. The authorities have often been accused of unlawful arrests of pro-Biafran activists as well as rights abuses. Significantly, attacks on police and state facilities have risen in recent months.
Governor Ikpeazu of Abia State imposed curfews on two cities in the state as a precautionary response to the jailbreak in Owerri. At least, six police officers had been killed by gunmen in Abia over the last month, in attacks also blamed on IPOB.

As it were, the rise of secessionist agitation in nation’s Southeast has stoked growing tension in the region and a heavy response by security forces and Buhari’s government.

According to Amnesty International, security forces have killed hundreds of protesters since 2015, including 60 extrajudicial executions committed over just two days in 2016. But the Nigerian Army would have none of that, and had denied the allegation outright.
In his apparent contribution to defogging the unfolding crisis, the immediate past Minister of Interior, Lt.-Gen. Abdul-Rahman Dambazau (rtd), on Friday stated that the O’odua People’s Congress (OPC) and the proscribed IPOB are extremist groups like Boko Haram.

Dambazau spoke at Army War College in Abuja, while delivering a lecture to participants of course 5/2021. He alleged that the two groups were sponsoring a new wave of extremism that could ignite ethnic conflict so as to achieve their aims of dividing the country.

His words: “The two groups have been making efforts to ignite nationwide inter-ethnic conflicts through their violent attacks on northern residents or transacting businesses in the south as a quick way to realise their dream for a divided Nigeria.

“We see parallels between Boko Haram and the Indigenous People of Biafra (IPOB) and Oodua People’s Congress (OPC) both ethnic extremist groups. All the three groups operate on the platform of extremism.”

Dambazau’s comparison of IPOB, OPC to Boko Haram terrorists remains conceptually controversial for its apparent lack of intellectual rigour. In the darkness of the extant crisis, many see it as providing pretty little light on the way forward.

But according to Barrister Aloy Ejimakor, a special counsel to the proscribed IPOB, in a recent twitter post: “The continuing exclusion of Southeast officers from security formations in SE is unconstitutional. It’s also dangerous & suspicious. It stokes popular distrust & a sense that SE is a conquered territory. And it justifies the case for #Biafra.”

In another reaction, Ejimakor queried: “How can you secure a people without their participation? When you do that, it runs the grave risk of being perceived as a belligerent occupation, or worse – a benign conquest. Plus, it breeds popular distrust, which is antithetical to security.
“Then, you wonder why the agitation is not letting up. Southeast is a bonafide part of this country, which is still a federation, not some unitary contraption.”

However, the emerging consensus amongst prominent stakeholders is that with five governors, five functional state parliaments and ranking representatives in the National Assembly, a constitutional approach to seeking equitable inclusion and appropriate redress for the region’s political grievances is a preferred template of engagement. 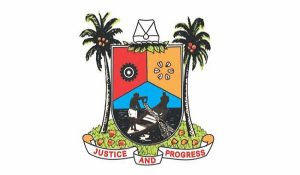