The Economic and Financial Crimes Commission (EFCC) has made compulsory membership of the Real Estate Developers Association (REDAN) for all real estate players as part of effort to check fraudulent activities in the housing sector.

The Director of Special Control Unit against Money Laundering (SCUML), a unit operationally domiciled in EFCC, Mr. Brown Isei, stated this Friday in Abuja at the unveiling of REDAN seals to distinguish its members from fraudsters.

Isei, who was represented by Mr. Enu Mathew said the new requirements would allow easy prosecution, conviction and confiscation of ill-gotten wealth and fraudsters in the country.
He explained that the seals serve as a mark of credence to distinguish accredited real estate developers from others who are mostly land racketeers, posing to be developers and members of REDAN.

Against this background, the anti-graft body insisted that all estate developers must be members of REDAN.

Isei stated: “The seal will help to classify members with seal and those without seal. The seal will be a requirement for SCUML.”
Speaking, the President of REDAN, Dr. Aliyu Wamakko, said the seal is aimed at reducing quackery and misconduct among registered practitioners in the real estate sectors.

He added that the seals which are part of self regulating mechanism would give more credibility to businesses of its members and recognition to the association’s documentation process.

Wamakko said: “Whereas the seal will advance the practice of real estate and housing development business in Nigeria, the magazine will boost public knowledge of estate development activities, all in line with global best practices.”
On his part, the Managing Director, FESADEB Media Group, Mr. Festus Adebayo, called for tougher action against fraudsters in the sector.

He opined that the time has come for collective action through proper awareness so as to distinguish the quacks from real practitioners. 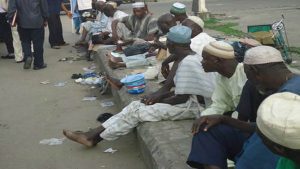