Late Singer, Lanre Fasasi, a.k.a Sound Sultan, had urged Nigerians to celebrate people while they were alive.

Sound Sultan said it was necessary to give accolades to people while they were alive instead of after death.

The News Agency of Nigeria (NAN) reports that in a statement by his brother, Mr Kayode Fasasi, on behalf of the family, Sound Sultan died at the age of 44.

The statement added that the late singer and songwriter was survived by his wife, three children and his siblings.

The statement reads: “It is with a heavy heart that we announce the passing of Multi-talented veteran singer, rapper, songwriter, Onlanrewaju Fasasi a.k.a Sound Sultan.

“He passed away at the age of 44 following a hard-fought battle with “Angioimmunoblastic T-cell Lymphoma”.

“He is survived by his wife, three children and his siblings. We, his family appreciate the utmost privacy as we come to grips with this tragic loss.”

Sound Sultan’s appeal was in tune with Patoranking’s latest single: “Celebrate Me”, which also called on people to give all necessary accolades whilst people were still alive and not after death.

Sound Sultan was born to Mr and Mrs Fasasi Liadi Alarape. He had five siblings, including Baba Dee, who is a graduate of Theatre Arts.
The entertainer was a graduate of Lagos State University, from where he obtained a degree in Geography and Regional Planning in 1999.

In 1999, Sound had won several local talent hunt shows, which helped him to release his debut single titled: “Jagbajantis” in the year 2000.

Following the success of the single, the singer went on to release other hit songs and also collaborated with some of his label mates.

Sultan was signed to the record label Kennis Music at the time until 2007 when his contract with Kennis expired.

The singer later started his own record label called, Naija Ninjas with his brother, Baba Dee.

The singer was a friend to Haitian Rapper/Actor Nel Ust Wyclef Jean
Sultan featured alongside Nigerian singers like Faze and 2face Idibia in Wyclef’s song “Welcome to Haiti: Creole 101”. 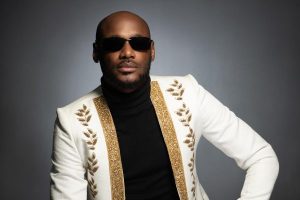