The PDP in Ondo State has charged Gov. Rotimi Akeredolu to stop grandstanding and the clicking of wine glasses over his Supreme Court victory.
Its Publicity Secretary, Kennedy Peretei, said in a statement issued on Saturday in Akure that the governor should instead work toward the betterment of the welfare of people of Ondo State.

The party also condemned an invitation by Gov. Akeredolu to the PDP’s candidate at the governorship election, Eyitayo Jegede (SAN), to join him to move Ondo State forward as laughable.

Akeredolu extended the olive branch to Jegede in his reaction to the Supreme Court judgment.

The News Agency of Nigeria (NAN) reports that the Supreme Court in its Wednesday, July, 28 judgment pronounced a 4-3 split decision giving victory to Akeredolu in the October 2020 governorship election.

The PDP, in its Saturday’s statement, said its candidate could not be part of Akeredolu’s government that had thrown many students of tertiary institutions out of school because parents could not pay astronomical fees.

“Civil servants now have to take loans to be able to pay house rents or send their children to school.

“Just on Friday, the Academic Staff Union of Universities, (ASUU) at the Olusegun Agagu University of Science and Technology, Okitipupa embarked on an indefinite strike.

“It is important to stress that before the October 2020 election, Eyitayo Jegede and the PDP drew up a well-articulated manifesto on education, healthcare delivery, agriculture, industrialisation, welfare of civil servants and much more in contradiction to what is obtainable now in the state.

“To this extent, there is no meeting point between what was designed by the PDP and what Akeredeolu’s score card shows,’’ it stated.

The party spokesman added that the Supreme Court verdict had again exposed the impunity which is the trademark and the foundation of the APC and its government at all levels.

Adetimehin said the PDP should release statistics of Akeredolu’s government in comparison to what previously obtained in the state.

“When PDP was in government in Ondo State, what did it achieve?’’ he queried.

“This is just media hype. PDP should give statistics.

“Akeredolu is the only governor financing three universities at a time.
“Before now, there was no teaching hospital in the state, but now we are building two gigantic teaching hospitals; one in Akure and one in Ondo.

“Our doctors could not do their `housemanship’ before the assumption of office of Gov. Akoeredolu,’’ he said.

According to Adetimehin, PDP’s problem is that it has yet to recover from the Supreme Court’s verdict.

He noted that the APC’s invitation to the PDP and to Jegede was meant to ask them to defect to the APC.

“As a student, if an examination is conducted and you score F9 and you want to come back through the backdoor to turn your F9 to pass, is it done,?’’ Adetimehin queried. 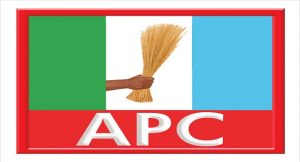