The northern streets may hail him as the sai baba, but it is coming not out of facts but delusion.
We have two priests who were once allies of Buhari, but they are allies against him. Not allies in the same sojourn, but they are together from the distance. They hug without touching. The one’s heaven is the other’s hell.  The one’s torch makes the other touchy. They serve two gods, who authored contradictory books, designed different worship centres, chant opposing rhymes, craft different histories and have shed blood to consecrate their martyrs, and whet appetites in the name of conflicting paradises.

But on Buhari, they have found common cause. It may be fleeting, a soap bubble, but it engrafts a feature in Buhari’s biography. He is a man who does not keep friends. Especially men who have worked for him, and made him shine. It is what psychologists call the fear of gratitude. Hence the Roma historian Tacitus noted that “Men are more ready to repay an injury than a benefit.”

It means he is comfortable in a narrow vortex of flattery and reinforcing praise singers. I first observed this in former petroleum minister Tam David West who had great faith in him. When Buhari won the polls in 2015, the then weak man with high vitality could not conceal his gung-ho spirit. “It will work,” was his refrain. The pundit went to the grave a disillusioned soul.

The two clerics are Pastor Tunde Bakare and Sheikh Ahmad Gumi. They don’t feel Buhari’s body heat anymore. Not a menage a trois. Unlike Cameroonian playwright Oyono-Mbia’s Three Suitors, One Husband, their romance with Buhari has expired.

On his pulpit, Bakare was in his combative tempo. Announcing a movement that he calls Nigeria for Nigerians, he indicated that Buhari wants to come after him. He says he is ready for the ramrod president. He said he loved him, served him and respected him. The most emphatic verb in the past tense was respect. It means he has no place for Buhari in his holy of holies. He declaims in the name of his God that he is above Buhari’s hurt. He might have in his mind the passage that says, “Touch not my anointed and do my prophet no harm.” The lean, fiery cleric is daring the president. He did not mention Buhari by name, but it made his reference to him even more potent.

It is also clear that Bakare is haunted by his endorsement of the Katsina titan for whom he served as vice presidential candidate. He asserted that holding the sword for him in the past and anointing him as a candidate did not in any way crucify him as a sinner. He referred to Prophet Samuel who anointed Saul. That did not hang the prophet because Saul became a scoundrel. This essayist agrees with him. If we blame all who endorse Buhari and have now felt disappointed should also blame God for Adam’s lips on the forbidden fruit. We should blame Jesus for orchestrating his own betrayal by picking Judas. In the Old Testament, God gave Solomon brains. But the wisest man on earth died a fool and God bequeathed his ten northern tribes to Jeroboam and two southern ones to Rehoboam, the only son we know of his happy doings with a thousand women. Both men were failures. Do we blame God for that? God did not blame Himself. Neither did Jesus for Judas. It is the nature of democracies to take risks, and hence it does not bestow offices for life. The people have bouts of remorse and can make a change. Renewals are the hallmarks of the republican spirit.

The paradox of democracy is that the masses vote but the responsibility is personal. Just like Apostle noted, he should work out his own salvation. As the proverb says, you can get a job for a person, but you can’t do the tasks for them.

Ahmad Gumi said Buhari should resign. His is even more curious.  Not long ago, he seemed to be the pious shadow of Aso Rock. Now, he has abandoned the villa to the pharaonic fate. He was the bandit’s uncle, the one who called for amnesty in a false equivalence with the Niger Delta militants. It is not clear, in spite of his moral assertions, why he turned his back on Buhari. Could it be that he had a bad experience with Buhari’s security men? Is he going to make a pirouette again? It is interesting that he said he had to pay Buhari in Jonathan’s coins. He called for Jonathan’s resignation for failing to secure the nation. His conscience emboldens him to do same to the Katsina politician.

If two priests have turned their backs on Buhari, it makes him a pariah in the temple. Yet to some, he is a secular saint, especially to those who swear by him up north and who bowed on the streets and drank grubby water from the soil when he returned from illness.

Could it also be a case of Bakare and Gumi failing as priests over an adherent? Some adherents are just too resistant to the holy of holies. This secular saint is one of them. We may not say it is a case of madmen and specialists as in Soyinka’s play where it becomes difficult to distinguish who is mad and who is a specialist.  We have similar motif in Scott F. Fitzgerald’s novel Tender is the Night where the line is hazy between psychiatrist and patient. Some have regarded Buhari as a religious zealot, so where do we put Gumi in this narrative?

The point is that Buhari sees himself as a great follower of his faith and tribe and he can do anything he wants in their names. He does not care to please anyone but himself. He can invoke antiquated grazing maps and declare a lopsided appointment profile a meritocracy. He enjoys his voice and if others call it vice, he is content to call it melody. Hence he does not set much store by his own personal loyalty to people. He has always been like that.

It was so when as GOC who challenged his chief of army staff Garba Wushishi and unilaterally engaged his army in a duel, and also asked Nigerians to start reading the constitution. This is the same man whose government is not reading the constitution enough. He became with Idiagbon a lone wolf as head of state in the military cabinet. It was the same Buhari who was a titan of the ANPP and became a fringe player before he formed the CPC. It is the same man his wife cried that her husband did not stand by those who fought for him. He is, in a diluted sense, like the essayist William Hazlitt who wrote, “I am never less alone than when alone.”

He may see it as principle.  But others, like this essayist, call it betrayal. He may see himself as saint. That must be a satisfying illusion. 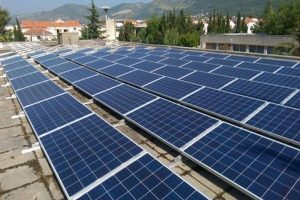