Ahead of the Saturday 6th November Anambra state gubernatorial election and following a viral social media video alleging that soldiers were escorting buses filled with fake voters into state.

The Nigerian Army Spokesperson, Brigadier General Onyema Nwachukwu in a press statement e-signed and released to the National Association of Online Security News Publishers (NAOSNP) stated that, “The Nigerian Army (NA) has noted again the desperation of conflict merchants to discredit its constitutional role of aiding civil authority to provide internal security when called upon to do so. The mischief makers, using the social media, shared a video alleging that soldiers were escorting buses filled with fake voters into Anambra State.”

According to Nwachukwu, “Even though such despicable propaganda images can easily be punctured by any keen observer, however for the sake of posterity, we wish to state without any equivocation, that no soldier of the Nigerian Army indulged in escort of fake voters into Anambra State.”

“Contrary to the misleading information, the buses in question were conveying INEC permanent and adhoc staff for the election tasks in Anambra State. The Federal Ministry of Information and Culture has corroborated this position. We therefore urge the general public to please disregard the report, as it is clearly a misinformation.”

Our duty in the state at this time is purely security-related and in support of the Nigeria Police, which is the lead security agency in the security architecture of electioneering. This is done in collaboration with other security agencies, to ensure a safe and secure atmosphere for peaceful conduct of elections.

We will remain apolitical and very professional in deeds and conduct for the growth and development of democracy in Nigeria. We also encourage the political gladiators to refrain from dragging the Nigerian Army and indeed the Armed Forces of Nigeria into the murky waters of politics. We assure all Nigerians that the NA remains resolute in carrying out her constitutional duties.
We urge the good people of Anambra state not to panic and we sincerely appreciate them for being law abiding and for supporting the joint security agencies, who are toiling relentlessly to ensure peace and security in the state. 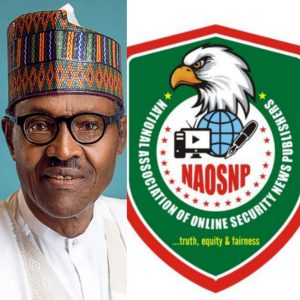 2022 IS A WAKE UP CALL FOR NATIONAL SECURITY – NAOSNP PRESIDENT, OKI SAMSON; URGES PRES. BUHARI TO ROOT OUT INSECURITY, CHARGES ARMY, POLICE, OTHERS TO NAME AND SHAME BAD EGGS AMONG THEM 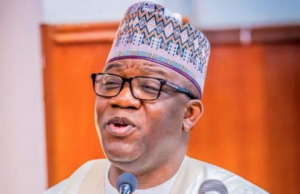