The Inspector-General of Police, IGP Usman Alkali Baba, has received the police team who emerged champions and gold medallists in the just concluded One Service One Medal (OSOM) Games at his office today, which coincides with the commemoration of the IGP’s one year in office.

In a press statement e-signed and released to the National Association of Online Security News Publishers, NAOSNP by the Force Acting Spokesperson, CSP Olumuyiwa Adejobi stated that, “The Inspector-General of Police, IGP Usman Alkali Baba, psc(+), NPM, fdc, has emphasized that the Nigeria Police Force has a policy for identifying, recruiting, and training gifted sportsmen to achieve excellence in the world of sports both nationally and internationally. He said this while receiving the police team who emerged champions and gold medallists in the just concluded One Service One Medal (OSOM) Games on Wednesday 6th April, 2022, which coincides with the commemoration of the IGP’s one year in office.”

According to Adejobi, “The IGP, while receiving members of the Police contingent to the 5th OSOM Games which was held at the Moshood Abiola National Stadium, Abuja, from 30th March – 4th April, 2022, applauded the champions and the entire police workforce for their resilience, commitment, and patriotism to policing Nigeria, as required under his leadership in the last 12 months. The contingent, led by the Force Sports Officer, DCP Patrick A. Atayero, was presented to the IGP by the Assistant Inspector-General of Police, Force Secretary, and Sole Administrator, Force Sports, AIG Hafiz Inuwa, mni.”

“The police contingent which included 181 Athletes, 30 Coaches, and 16 Caretaker Chairmen, came first at the recently concluded OSOM Games, which comprised participants from ten military and paramilitary agencies, with six hundred and thirteen athletes, who participated in seventeen different sports. The police team won the 5th OSOM Games with 80 gold, 26 silver, and 35 bronze medals, making a total of 141 medals.”

The Inspector-General of Police further acknowledged the efforts of stakeholders and the general public to the Force which has helped greatly in sustaining his vision and mission for the Nigeria Police Force to actualize its goals and primacy status in sustaining the internal security mechanism of the country. 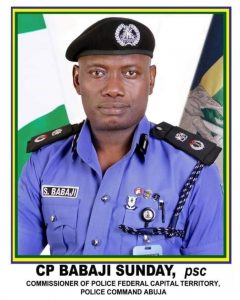 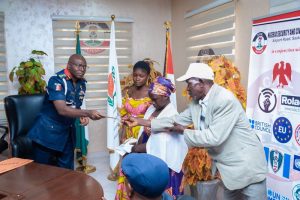