Sources at the football governing body revealed that the Technical and Development Committee of the NFF has recommended former Barcelona manager, Ernesto Valverde; former PSG and France coach, Laurent Blanc; former PSV Eindhoven manager, Phillip Cocu and Jose Peseiro, whom they had lined up to take over the Super Eagles after the African Cup of Nations.

The final choice of the NFF is yet to be known as they’ve been given an ultimatum by the Ministry of Sports and Youth Development to find a foreign coach for the national team.

However, Peseiro, whom the NFF President, Amaju Pinnick claimed the federation had struck an agreement with in the past appears favourite for the plum job.

Meanwhile, erstwhile Super Eagles interim coach, Austin Eguavoen will retain his job as the technical director for another two years as stipulated on his contract.
Eguavoen was reportedly in attendance when the NFF met the Ministry last week to chart a new course for Nigerian football.

Nigerians had called on the NFF to sack Eguavoen as TD too as he’s not expected to be in greater control of technical duties of the federation after failing to lead Nigeria to the World Cup. 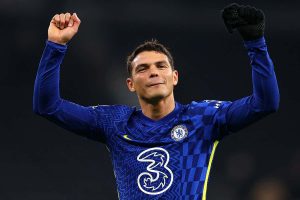