The National Orientation Agency (NOA) has pledged to sensitize residents on the need to access affordable and quality health care services through the Kaduna State Contributory Health Management Authority (KADCHMA).

The State Director of the agency, Alhaji Galadima Zubairu Soba stated this during a one-day engagement meeting, which was organised by KADCHMA, with NOA and other stakeholders in attendance.

Alhaji Zubairu Soba explained that the agency would deploy its community orientation and mobilisation officers, to reach out to the grassroots on the importance of the scheme and how to access it.

He pointed out that, the agency would also work with community and religious leaders on the objectives of the scheme.
According to him, NOA is well positioned to effectively galvanize support and patronage for the laudable Kaduna State Contributory Health Management Scheme.

Earlier, Kaduna state Commissioner Health, Dr Amina Mohammed Baloni, had described NOA as a strategic partner that could play a vital role in assisting KADCHMA to achieve its objectives, especially the enrolment of informal sector into the scheme.

Dr Baloni who was represented by the Director Health, Planning Research and Statistics of the ministry, Dr Joseph Sunday, noted that the primary objective is to ensure that people from the informal sector are enrolled unto the scheme because of its immense benefits
She called on Development Partners and the private sector to support the scheme, to achieve the desired objective

In his remark, the Director General of KADCHMA, Malam Abubakar Hassan, said the objective of the meeting was to orient the participants on the operationalization of the health scheme.

Malam Abubakar maintained that the meeting was also convened to discuss the areas of possible collaboration with NOA, to create awareness about the Contributory Health Scheme.

He promised that KADCHMA would continue to meet with stakeholders to map out strategies on how to carry out its messages to the residents of Kaduna state. 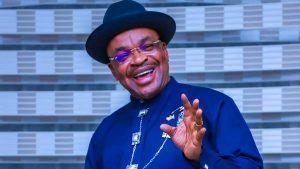