The Blues are set to be bought by the group led by several investors from the United States
Chelsea’s takeover by a consortium led by American billionaire Todd Boehly has been approved by the Premier League as Roman Abramovich’s 19 years running the west London club moves closer to its end.

The purchase agreement was signed a fornight ago and has been waived through by the Premier League Owners’ and Directors’ test, with the Government set to facilitate the financial transaction.

What did the Premier League say?
“The Premier League Board has today approved the proposed takeover of Chelsea Football Club by the Todd Boehly / Clearlake Consortium,” the league said in a statement.
[5/25, 06:26] emekamorganuwandu: “The purchase remains subject to the Government issuing the required sale licence and the satisfactory completion of the final stages of the transaction.

“The Board has applied the Premier League’s Owners’ and Directors’ Test (OADT) to all prospective Directors, and undertaken the necessary due diligence.

“The members of the Consortium purchasing the club are affiliates of the Clearlake Capital Group, L.P., Todd Boehly, Hansjorg Wyss and Mark Walter.

“Chelsea FC will now work with the relevant Governments to secure the necessary licences to complete the takeover.”
[5/25, 06:27] emekamorganuwandu: Who are Chelsea’s new owners?
Boehly is the co-owner of Major League Baseball’s (MLB) Los Angeles Dodgers and a minority investor in the National Basketball Association (NBA) team LA Lakers.

He tried to buy Chelsea in 2019 for £2.2bn ($2.7bn) only to see his offer rejected. He has publicly stated his interest in buying a Premier League team and will become the face of this bid.

Boehly is expected to take a seat on the board and a guiding role despite only having a minority stake.

The majority of the money has been put up by Clearlake Capital with both the private equity firm’s co-founders José E. Feliciano and Behdad Eghbali to be involved.

Mark Walter, who is the principal owner of the Dodgers, is also involved, along with Boehly’s long-term associate and fellow billionaire Hansjorg Wyss.

In non-executive board and advisory roles are Danny Finkelstein, the Times columnist and Tory peer, along with Barbara Charone, who is a PR executive in London.

What will change at Chelsea under new ownership?
The Blues will no longer be a loss-making operation with Roman Abramovich pumping in £1.5bn ($1.9bn) of his personal wealth to keep the club’s lavish spending going.

That’s not to say the new owners won’t invest, having done so in the past with their other sports teams, but will look to increase revenues to ensure the books are balanced.

It will be more akin to a Liverpool-style model with data driving many decisions at the club.

They have also agreed to invest in Stamford Bridge, the academy, the Women’s Team and Kingsmeadow (women’s team stadium) and continued funding for the Chelsea Foundation.

Boehly is thought to have a detailed plan for the first team stadium to bring it to the level of the top European football stadia.

Tuchel will ask for central defenders initially and Boehly’s group intends to renew contracts for key players including Mason Mount and Reece James.

Will Roman Abramovich pocket the money from selling Chelsea?
The proceeds of the sale will be deposited in a frozen UK bank account with Abramovich communicating his intention to donate 100% of it to charity.

However, the UK Government must provide approval for the funds in the account to be transferred due to his status as a sanctioned individual.
It comes after allegations from the Government that he holds a close association with Russian President Vladimir Putin.

There still needs to be checks at European Union (EU) and in Portugal because Abramovich holds a Portuguese passport, but it is expected to be waived through. 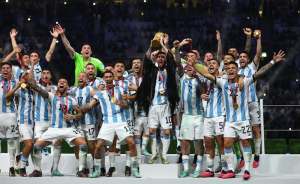 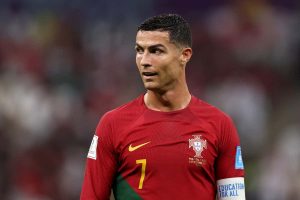