The Blues are about to lose their best defender to the new European champions on a free after leaving it too late to make a worthwhile offer
Antonio Rudiger has been clear, without ever being totally clear.

“I don’t want to go too deep into things,” he told reporters when asked about his decision to leave Chelsea in the aftermath of their FA Cup final loss. “There was a chance, but sanctions were not the problem.”

The belief, then, that the Blues could have secured a new contract for their star centre-back were it not for their ownership issues had been blown out of the water.

The real reasoning for Rudiger’s departure have not been disclosed by the player himself, but GOAL has learned that it has been a long time coming, with the defender’s exit set to be confirmed in the coming days when Real Madrid officially announce his arrival at Santiago Bernabeu on a free transfer.
Problems first began to arise in the early weeks of the 2020-21 campaign, when Frank Lampard told the Germany international that he would be Chelsea’s fifth-choice centre back following the arrival of Thiago Silva.

Though naturally disappointed, Rudiger was, however, able to force his way up the pecking order, rising to third in Lampard’s defensive hierarchy, with his improvements triggering Chelsea to open contract talks with a player who was approaching the final 18 months of his deal.

The offer that was forthcoming, however, singled the beginning of the end of his time in west London.
Chelsea were only willing to offer Rudiger a one-year extension to his contract, rather than fresh terms, meaning his salary would remain at £100,000-a-week until the summer of 2023.

The Blues would also have been willing to let him leave on loan in the January 2021 transfer window, with AC Milan showing a keen interest before they switched their attentions to Rudiger’s Chelsea team-mate, Fikayo Tomori.

Regardless, Rudiger was open to signing the contract, and even agreed to the terms verbally. The issue was a demand for a small signing-on bonus was dismissed out of hand, despite it helping Chelsea retain the value of the player, by director Marina Granovskaia.

From that moment on, Rudiger’s time as a Chelsea player has been on the clock.

Not that you would have known it from his form on the pitch, though, with the 29-year-old having played a key role in the club’s Champions League triumph after Thomas Tuchel replaced Lampard in the dugout
Rudiger’s form under Tuchel led to Chelsea re-opening contract negotiations in August 2021, with the Blues now willing to offer him a £140,000-a-week salary.

Both the player and his representatives felt that undervalued Rudiger, and talks again stalled, with no further contact made between the two parties until January, when other clubs were also free to talk to the ex-Stuttgart star.

“Unfortunately, my contract negotiations had already started to get difficult last fall,”Rudiger said in a considered interview with Players’ Tribune.

“Business is business, but when you don’t hear any news from the club from August to January, the situation becomes complicated.

“After the first offer, there was a long gap of just nothing. We’re not robots, you know? You cannot wait for months with so much uncertainty about your future.

“No one saw the sanctions coming, but in the end, other big clubs were showing interest, and I had to make a decision. I will leave it at that, because business aside, I have nothing bad to say about this club.

“Chelsea will always be in my heart. London will always be my home.”
Chelsea did eventually make Rudiger the kind of offer that he had hoped for, but they were too late, with the sanctions imposed on Roman Abramovich a smokescreen for a battle they had already lost.

Instead, Madrid won a race that also involved Paris Saint-Germain, Barcelona and Bayern Munich, as well as Manchester United, with Rudiger telling Ralf Rangnick that he did not want to join another Premier League club.

Regardless of whether he chose Chelsea or another team, Rudiger would have been set for a huge pay rise this summer, with the way contract talks were handled at Stamford Bridge proving the final sticking point.

Only the fact that he has strong relationships with a host of players, as well as Tuchel, has stopped him going on the record about his feelings, and is in turn why he remained part of the Chelsea team until the very end of the season, unlike Barcelona-bound Andreas Christensen..

There are now concerns that Chelsea could have face similar situations with the likes of N’Golo Kante, Jorginho and Marcos Alonso, who are all out of contract at the end of next season, while Mason Mount and Reece James need to be given huge new deals if they are to stay given the academy graduates are among the lowest-paid players in the first-team squad.

For now, though, Chelsea fans can bemoan the loss of perhaps their most consistent performer of the past 18 months.

Antonio Rudiger might never reveal his true reasons for leaving, but read between the lines, and the messaging is clear. 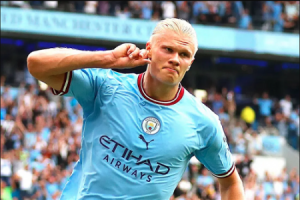