While demonstrating their security prowess, they also created awareness and sensitization on the government’s decision and the need for compliance by the populace. National Association of Online Security News Publishers, NAOSNP can report that they also distributed flyers and stopped at major junctions
in all the 6 LGAs and their LCDAs to talk with men and women gathered.

The 6 LGAs affected are Ikeja, Surulere, Eti-Osa, Lagos Mainland, Lagos Island, and Apapa. Also included are their LCDAs. This measure was a follow up to the February 2020 restriction placed on the activities of commercial motorcycles.

The leader of the joint enforcement team, DCP in charge of Operations in Lagos Police Command, DCP Ahmed Kontagora said: ‘The message we are passing to members of the public particularly criminally minded people is that there is synergy among all the security agencies and we are battle ready to fight every form of crime and criminality in every part of this Command.

‘This is a signal to those who are not ready to abide by the rules of the government. We are ready and we will ensure that this ban is enforced. This ban has taken place in other states and there is no way it cannot take place here in Lagos. We are ready to ensure that it succeed. For anybody who violates, the law courts are there and those arrested will be charged accordingly.’

‘The law-abiding Lagosians should be assured that they will sleep with their two eyes closed that security in this Command is guaranteed. We are ready to protect lives and properties.

Tagged a ‘Show of Force’, the men and officers saddled with the responsibility of ensuring that the ban is adhered to the later, under the aegis of Lagos State Task Force led by CSP Shola Jejeloye and the Commander of Rapid Response Squad, (RRS), CSP Saheed Egbeyemi were seen in high spirit, demonstrating their readiness to crush any opposition to constituted authority.

Speaking on the development earlier, the Police Public Relations Officer of the Lagos Command, SP Benjamin Hundeyin, said that there is no looking back as the ban is total. ‘If for any reason, there is an opposition as we enforce the ban, the said opposition will be totally brought down. The enforcement will be total,’ NAOSNP gathered.

Also addressing newsmen, the Commandant of the Nigeria Security and Civil Defence Corps (NSCDC), Commandant Douglas Eweka Okoro added that there is no going back to the directive of Governor Sanwo-Olu as regards the enforcement of total ban of okada operations beginning with the under mentioned six local government areas. ‘As we speak, our men are already patrolling the town in readiness for the operation beginning June 1. And we are in synergy with the Police and the military to ensure that this is done’, Eweka said.

It will be recalled that the government of Governor Babajide Sanwo-Olu, placed a blanked ban on motorcycle transport operation, popularly known as Okada, in six local governments of the state, and the LCDAs under them, on May 18, 2022.

The ban, which came on the heels of the extrajudicial and gruesome murder of a sound engineer, David Imoh, by okada riders at the Lekki area of the state on Thursday May 12, 2022, is expected to take off fully on June 1, 2022, and was long overdue, according to residents, saying that the menace of the riders has become a security challenge.

Following the governor’s pronouncement of the ban, the Lagos State Task Force led by CSP Shola Jejeloye conducted a raid on okada riders in Lekki, and arrested over 10 riders, and impounded 123 motorcycles.

Announcing the ban, which Sanwo-Olu said would be “indefinite and total”, directives were handed out to the Commissioner of Police, Area Commanders and Divisional Police Officers (DPOs) during a meeting at the State House in Alausa.

The Governor, Babajide Olusola Sanwo-Olu said the Government took the decision in line with the State’s Transport Sector Reform Law of 2018 to immediately address the chaos and menace created by the operations of Okada in the listed areas. He said, “After a critical review of our restriction on Okada activities in the first six Local Government Areas where we restricted them on February 1, 2020, we have seen that the menace has not abated. We are now directing a total ban on Okada activities across the highways and bridges within these six Local Government and their Local Council Development Areas, effective from June 1, 2022.’

‘This is a phased ban we are embarking on this period, and we expect that within the short while when this ban will be enforced, Okada riders in other places where their activities are yet to be banned can find something else to do. We have given the notice now and we expect all commercial motorcycles plying the routes in the listed councils and areas to vacate the highways before enforcement begins. The enforcement will be total’, National Association of Online Security News Publishers, NAOSNP can report.

The Governor has mandated the security operatives to enforce the ban order without compromise. 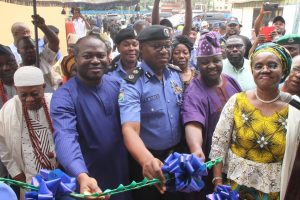 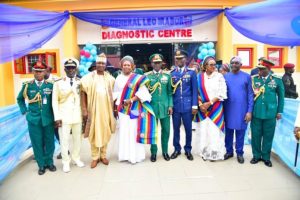