Legal luminary Sir Gabriel Ofodile Okafor (SAN) is a commentator on national issues. In this interview with DAMIAN DURUIHEOMA, he speaks on a wide range of issues, including the debate on a new constitution for the country, state police and next year’s general election

Chief Afe Babalola recently called for the suspension of next year’s general election and the setting up of an interim government to create a new constitution for the country. What is your comment on this?

With due respect to our eminent senior, Chief Afe Babalola (SAN), I do not think that suggestion will solve our country’s problems. You see, if you postpone the election, you are going to create a constitutional crisis. Who is going to form that interim government? Where is the constitutional backing? Where is it in our constitution? All we have to do is to find a way to see if we can bring the situation under control and allow people to go out and vote. But to say that we should postpone elections, I don’t think that is going to be helpful. If we come to that, there won’t be any country again called Nigeria. It can only happen if we are in a state of war. But we’re not in a state of war. So, I don’t think that is a very good option for us now. First of all, who is going to create that and who is going to do the selection of the interim management members? Who is going to empanel them? I mean, a lot of constitutional issues will arise. So, I don’t think that is a very good option for Nigeria at this point. We should do whatever it takes to reduce this insecurity situation. It is man-made of course; it is not coming from heaven. If the people are saying that the bandits and terrorists are hiding in the forests to launch their attacks on the citizens and our armed forces cannot go to the forests to attack them, that means something is wrong somewhere.
Many a time, most people have talked about a constitutional conference to give the country a new constitution. This is usually predicated on the fact that the current constitution was drafted by the military. Can’t the National Assembly give us a new constitution or is there anything more to it?

It is supposed to be the work of the National Assembly at least to galvanize opinions, modalities and so on. But the one they are doing is piece amendments. They pick some sections, pass the necessary votes and send them to states for concurrency and so on. That is okay, but what we need is a holistic brand new constitution where people will say ‘this is the way we want to live. This is what we want’. That is not the case currently. What we have is an imposed one. The military-drafted it, gave it to Abdulsalami Abubakar and they doctored it the way it suits them. They removed so many essential things and put so many other things which favour them. It’s not a Nigerian constitution. That’s just it.

Can we ever have this holistic constitution as a nation?

Well, if we have an elected parliament as we do now, with people who are really alive to their responsibilities, not bread and butter parliamentarians, we can achieve that. But, what we have are lawmakers who want contracts, and who are very comfortable as long as the executive is giving them what they want. Nobody challenges anything. There’s no debate; there’s nothing. Once you say something against their principal you become an enemy. What we have are ‘I concur’ parliamentarians. To them, whatever the president does is the best. There are supposed to be checks and balances; with the National Assembly checkmating the excesses of the executive. But that is not the case. As long as the president consults with the speaker of the House of Representatives and the president of the Senate, that’s all and any bill is as good as passed.
Is there any hope of a new constitution for the country?

There’s hope but definitely not with this present administration of Muhammadu Buhari. The administration is not interested in that. Otherwise, what Goodluck Jonathan did with the national conference is enough to solve our national problem. But, they do not want to think about it, or even look at the content. Today, everyone is talking of insecurity. Why, because they’re bringing people to do the work they’re not trained to do. Nigeria is supposed to be a federation and states should have their own police; local governments should have vigilantes in their domains. But they don’t want to hear it because somebody wants to stay in Abuja and control 774 local government areas.

Talking about the state police, there have been fears that the state governors may use it against perceived political enemies. What’s your take on that?
Some might do that but at the end of the day, there would be a line. Are they not doing it at the federal level? Are they (incumbents) not using the police, the EFCC and others against perceived opponents at the federal level? So, in spite of such fears, we must do the right thing. Though some will abuse it, others will do the right thing. A time will come when such officers will say, ‘look, this is not part of my constitutional responsibility, I will not do it’. Nigeria is a place where there are no principles and integrity because of hunger. Otherwise, how can anyone tell a British commissioner of police to go and do something wrong? He won’t obey you because the country has strong institutions. The person will disobey you and nothing will happen. Not in Nigeria. We don’t have strong institutions to help check these excesses. We all know the problem of Nigeria but nobody is prepared to solve it because of our selfishness.

Conflicting judgments from two courts of coordinate jurisdiction, as witnessed recently on the defection of Ebonyi State’s Governor Umahi, complicates political matters and something ought to be done about it. What is your take on that?

My take is that no constitution is so perfect as to foresee the future. The constitution cannot take care of everything. After all, when you talk of the British constitution, it is an unwritten constitution. But there are conventions and no-go areas. Everyone has his work stipulated. You don’t need to put it into writing. Our constitution cannot take care of everything. It is in such a way that people should know that this is their own area. It is expected that once a governor is elected on a particular platform, he stays there till the end of his tenure. Nobody foresaw a situation an elected governor will leave his party and join another party. I don’t think anybody foresaw that coming. But when it happened in 2014, when four governors moved, nobody challenged it. So, it sort of became normal. It’s not normal. Parliamentarians are supposed to lose their seat if they defect when there is no division in the party. On that of the executive, nothing is said. But I can assure you that at the end of the day, the judges do not make laws. They make a pronouncement and where you have a civilized society, they go back to the parliament to amend these things. Removing a governor has two issues and no judge wants to go outside that to do it. One is morality. It is not expected that an elected governor should jump by leaving his party. The constitutional provision for removing a governor is not there. What the judge did is to promote discussions at a higher level.

My take is that if two courts of the first instance give conflicting judgments, the court of appeal will now tell us where to go. And ultimately we will go to the Supreme Court to know the final thing. I think if it is a country where people listen to what the jurists say to take correction, we should have taken steps now to amend the constitution on that matter so that no governor or president will jump the boat. The National Assembly is supposed to take up this matter and lay it to rest by amending the provisions of the constitution now.

What is your take on Biafra agitation and its security implications for the Southeast?

My take is that the nation is not healthy; you can’t force a woman to live with you in perpetuity. A time comes when you say, ‘please dear, what is it that you want? What are those things which you want me to do alright? Let us sit down and talk’. In 1960, the constitution was the agreement of our political leaders then, so that each region has its own constitution and everything as an entity. But, now, they came with this one (constitution) we have now and removed everything. It was Yakubu Gowon who removed the issue of oil from being owned by the regions and became a national asset. Hitherto, they were owned by the regions where God himself approved them. God in his own mercy blessed certain areas with some of these minerals. But a man came and said it’s no longer your own. It’s injustice. And as long as there is injustice, agitations cannot stop.

Are you surprised that the two major parties did not cede their president tickets to Southeast?
Well, political parties’ tickets are never given for the asking. You have to vie for it. Everybody knows that when it comes to equity and fair play, the APC has ceded their presidential ticket to the South. If southern leaders love themselves and love the South, they should now sit down and discuss. If really people must tell themselves the truth, there is no argument that this should go to the Southeast. But, we want the best even from the Southeast. Not just anybody.

There have been a lot of killings in the Southeast in recent times. Are you worried that this is happening and what do you think should be the solution?

To be candid, I’m very much worried. As an indigene of the Southeast, you find out that people can no longer move freely. Unfortunately for us, all we’re seeing are unknown gunmen. Who are these unknown gunmen? Look at what happened in Soludo’s area. They used four sports utility vehicles (SUVs), according to the story we heard. So, these people are not just invisible. They are somewhere. They are there. Who is to push them out? It is still the state governments because the central authority when it comes to security is there in Abuja. Otherwise, why can’t a governor organize his people? How can people come in like that and start killing people and after their operations, they move out freely unchallenged? Governors should have the full power to control security. They’re not given the power to do anything. Again, I’m worried. I hope that people are not exporting that thing (terrorism) happening up there to us down here. I say so because I know the extent of peace we have here before last year. 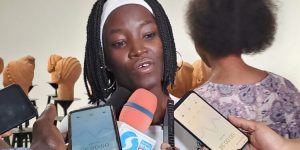 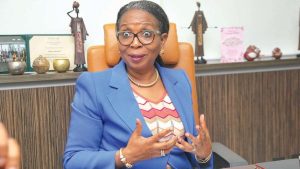