Jurists are playing a prominent role in this political season. A former Chief Judge of Anambra State, Justice Peter Umeadi, is the presidential candidate of the All Progressives Grand Alliance (APGA). The national publicity secretaries of the All Progressives Congress (APC) and the Peoples Democratic Party (PDP), Felix Morka and Debo Ologunagba, are both lawyers. Will they and others make a difference? ERIC IKHILAE asks.

Since the re-establishment of civil governance in the country in 1999, the nation’s political space has continued to attract professionals, among whom are lawyers.

From the Olusegun Obasanjo administration, through the Umaru Yar’Adua/Goodluck Jonathan era, to the now receding Muhammadu Buhari years, lawyers have held key positions and attained varied degrees of success.

As the nation inches towards the next general elections, some members of the legal profession have emerged as key players either as officials of some major political parties or candidates for major offices.

They include a retired Chief Judge in Anambra State and presidential candidate of the All Progressives Grand Alliance (APGA), Justice Peter Umeadi; former Governor of Nasarawa State, Abdullahi Adamu; the National Publicity Secretary of the All Progressives Congress (APC), Felix Morka and his counterpart in the Peoples Democratic Party (PDP), Debo Ologunagba.

Adamu, from Nasarawa State, read Law at the University of Jos and graduated in 1992. He was at the Nigerian Law School, Lagos and was subsequently called to Bar.

He began his service in the public sector as a Maintenance Supervisor at the now defunct National Electric Power Authority (NEPA). He later moved to the Northern Nigeria Development Corporation (NDDC) in Kaduna.

Adamu subsequently moved to the private sector when he was appointed a Consultant Area Manager with AEK, a firm of consultants. He was later appointed as the Executive Secretary of the Jos-based Benue-Plateau Construction Company (BEPCO).

He began his political career in 1977 when he was elected a member of the Constituent Assembly that drafted the 1979 Constitution.

In the Second Republic, he was a founding member of the defunct National Party of Nigeria (NPN) while Nasarawa was still part of the old Plateau State. He became the Secretary of the NPN in Plateau State and later the party’s Chairman.

Adamu was, in 1994 appointed a member of the National Constitutional Conference set up by the General Sani Abacha military administration. In 1995, he became the Minister of State for Works and Housing, a position he held until November 17, 1997.

At the restoration of democracy in 1999, Adamu became a founding member of the Peoples Democratic Party (PDP). He contested and won the governorship election of Nasarawa State. He was in office for eight years between May 1999 and 2007.

He served as the Chairman of the Nigerian Governors Forum (NGF) between 1999 and 2004.

He was elected a Senator on the platform of the PDP in 2007 to represent Nasarawa West Senatorial District, a position he held until he resigned earlier this year to become the Chairman of the APC.

On January 29, 2014, he decamped with 10 other PDP senators to the APC. While in the Senate, he was the Chairman of the Senate Committee on Agriculture. He also chaired the Northern Senators Forum (NSF).

He was, in September 2021 made the Chairman of the APC National Reconciliation Committee, an assignment that took him and members of his team to some states where the party was experiencing crises.

Prof. Umeadi, from Anambra State, retired on February 28, 2019 as the Chief Judge of the state.

He was appointed a judge of the High Court of Anambra State on January 14, 1997 after about 16 years in private legal practice which began in 1981.

The APGA presidential candidate graduated from the University of Nigeria (Enugu Campus) in 1979. He attended the Nigerian Law School in Lagos and was called to the Bar in 1980. He had his NYSC service from 1980 to 1981 in Lagos State, following which he delved into the practice of the law, which he began in a law firm in Lagos State.

Prof Umeadi was the longest serving Chief Judge of the Anambra State Judiciary. He was, at various times, the administrative judge of nearly all the judicial divisions in the state, including Ihiala, Aguata, Idemili, Awka and Onitsha;

He served as Chairman of the Judicial Commission of Inquiry that looked into the disturbances at the UNIZIK Junction by students of the Nnamdi Azikiwe University, Awka during the visit of President Olusegun Obasanjo to Anambra State for a tree planting ceremony on 18 August, 2000.

Prof Umeadi was designated judge for Anambra State for the Independent Corrupt Practices and Other Related Offences Commission (ICPC) in May, 2001.

He was a member of the Edo State Governorship Election Petitions Tribunal which, in a unanimous decision in 2008, ousted Prof. Oserhiemen Osunbor and ordered the swearing of Comrade Adams Oshiomhole as the state governor.

Upon his retirement in February 2019, Prof Umeadi returned to the classroom as a lecturer in the Faculty of Law at the UNN.

He revealed his political philosophy in the speech he delivered shortly after being named the presidential candidate of APGA at a convention held in Abuja on June 1 this year.

Prof. Umeadi said his decision to step out was to uphold the triple principles of upholding the rule of law, separation of power and due process.

He also promised to make Nigeria a great country which every Nigerian would be proud of.

“Our triple banner should form the structure for a new Nigeria which an APGA government at the centre under my watch would bring about. Uppermost in my mind is how to reconcile Nigerians across the length and breadth of our dear country In a new political culture, I undertake to galvanise the old, young, rich, poor, literate or not, from different religious persuasions and from all six geo-political zones, to deliver a new Nigeria where justice would reign for all citizens equally, irrespective of tribe or status.

“Our next task as a political party is to secure votes at the polls from the majority of Nigerians. We would work hard to secure as many legislative seats as possible across the country. Nigerians should respect the ballots,” he added.

He was concerned that Nigerians were traumatised daily by wanton killings, displacements, and disorganisation of their business and social lives.

Prof Umeadi argued that the country could not achieve economic, educational, scientific, sporting or sufficiency breakthroughs when the citizens are hungry, insecure, and unstable.

Morka, from Delta State, was a Senior Special Assistant to the Deputy President of the Senate on Legal and Constitutional Matters

Morka is the Founder and Executive Director of the Social and Economic Rights Action Centre (SERAC). He is the CEO of Urban Spaces Innovation (USI); Diji Properties and Investment Ltd.; and Alese Social Housing Development Ltd.

He once served as the Legal Officer for Africa of the Washington, D.C.-based International Human Rights Law Group where he conducted and participated in key projects advancing the rule of law in Malawi, Kenya and Nigeria.

He graduated with a Law degree from University of Jos, and attended the Nigerian Law School in Lagos. He was also at the Harvard Law School, Cambridge, Massachusetts, U.S.A. for his Masters degree in Law.

Morka was the Legal Director of the Civil Liberties Organisation (CLO). In 1995, Morka travelled widely in India and South Africa understudying cutting-edge approaches to the defence of land and housing rights on behalf the urban poor.

In June 1997, Morka served as Chairman of the United Nations Expert Committee that drafted the International Human Rights Guidelines on Development-Based Involuntary Displacements, among others.

Ologunagba, from Ondo State, served at the last national convention of the PDP, as a member of the Electoral Subcommittee of the National Convention Organising Committee.

Ologunagba graduated with a Bachelor of Laws degree in 1983 from the University of Ife (now Obafemi Awolowo University) and was called to bar in 1984.

The PDP spokesman did his NYSC programme with the Federal Mortgage Bank in Sokoto State in 1985. In 1986, he moved to the United Bank of Africa (UBA) where he served as the bank’s Legal Officer from 1986 to 1989.

Also in 1989, he was appointed to head the legal department of Prime Merchant Bank Ltd, and from there moved to Stallion Home Savings and Loans Limited where he was tasked with the roles of Company Secretary/ Legal Adviser and Head, Admin between 1991 and 1996.

From 1997, he served as the Head of Legal and subsequently, Company Secretary/Legal Adviser at Liberty Bank PLC. In 2003, he became a Partner in Equity & Trust Chambers, a firm of Legal practitioners.

In 2007, he ran for a seat in the House of Representatives, to represent Akoko South-East/Akoko South-West. He won by very comfortable margin. Though the electoral victory was temporarily delayed, he however, reclaimed his mandate in 2009.

He secured a second term in 2011 which ended in 2015, following which he served as the Special Adviser on Legal and Constitutional Matters to then Deputy Speaker of the House of Representatives and Chairman of Constitution Review Committee, Yusuf Sulaimon Lasun.

At the end of his appointment in 2019, Ologunagba returned to legal practice at Equity & Trust Chambers as the Principal Partner.

Does being a lawyer matter in politics?

Observers are divided on whether being a lawyer in politics automatically guarantees competence and positive achievements. The preponderance of views is that a lawyer has the same tendency to succeed in or fail at his or her office like any other professional.

They suggest that efforts should rather be directed at strengthening democratic institutions to ensure that they are not easily abused by those appointed to head them.

An Abuja-based lawyer, Daniel Makolo, said he agrees that lawyers know the law and ought to always act to protect existing statutory provisions and enactment.

He added: “But, you also realise that lawyers in politics are no longer strictly lawyers. They may, like other professionals in politics, be overwhelmed by political tides.

“I will admonish those in key positions, as the country matches towards a major general election, to guide their political parties on the need to play by the rules and work in ways that will contribute to strengthening the nation’s democratic process and institutions.

“They should be driven by national/societal and not selfish/parochial interest.”

Another lawyer, Abdul Oseni, contended that lawyers are like every other professional, noting that, the fact that a person is a lawyer does not guarantee his/her capacity as an excellent administrator/manager.

“By their training, lawyers know the law and ought to stand in compliance and application, but we have seen lawyers, who ended up in jail for corruption or other crimes after holding public offices.

“My advice will be that those currently representing the legal profession in this period, leading to the next general elections, should show the right examples and leave above board.

“They should ensure that the right things are done all the time to ensure a better outing at the end of the day,” Oseni said 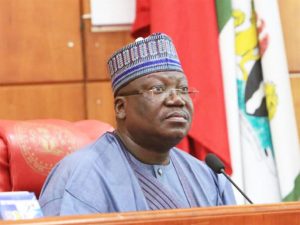