An April, Nigerian gospel singer Osinachi Nwachukwu died at the hands of her husband. Accounts from relatives and friends indicate that, despite enduring severe abuse, she had stayed in her marriage because she hoped things would get better.

Nwachukwu’s situation was hardly unique. Earlier this month, the Kenyan actor, Idah Alisha, opened up about the violence she suffered before she divorced her husband, a youth pastor.

If even these famous, powerful women are not spared from domestic violence, just think of how many other women are stuck in similar situations.
There is a silent domestic violence epidemic running rampant across the African continent.

According to Iheoma Obibi of Alliances for Africa, a non-profit human rights, peace and sustainable development organisation, cases are rising in Nigeria. And the 2014 Kenya Demographic and Health Survey found that, of the 5, 657 women aged 15 to 49 who were polled, 47.4% had experienced physical or sexual violence.

In South Africa, before the Covid 19 pandemic, medical complications from intimate partner violence constituted the second-highest burden of disease after HIV/Aids.

Unlike Nwachukwu, whose story came to light because she was a celebrity, many other women’s deaths have gone unreported. And because prosecuting such violence is expensive, many women who survive never get justice.
Moreover, we know from our work regularly interacting with women and girls that they seldom report domestic violence because of the shame and stigma that is attached to victims.

This is part of a broader problem. All too often, cultural beliefs and patriarchal norms encourage secrecy when it comes to women’s health issues.

Some people believe that men have the authority to discipline a woman through torture or deprivation and that they have a right to beat their wives if provoked.

When Alisha reported the violence to the pastor who presided at her wedding, he reportedly replied that she deserved it. The way he saw it, she was the problem and would need to do a better job of playing her proper role in the marriage.

Because many African countries are religious, faith institutions could be a powerful tool for addressing domestic violence. But religious leaders will have to acknowledge the problem rather than contribute to it.

All too often, victims who seek help at church are counselled to pray and be the woman of Proverbs 31, a consummately loyal and submissive wife. As in Proverbs, the man is assumed to be above reproach and the woman thus wholly to blame.

Many women internalise these beliefs. According to the 2018 Nigeria Demographic and Health Survey, 28% of Nigerian women believe that a husband is justified in beating his wife if she burns food, argues with him, goes out without telling him, neglects the children or refuses sex.

According to World Bank statistics, 51% of African women say that wife-beating can be justified and a third report having experienced it.

To address this problem, governments and NGOs must invest seriously in attitudinal change among girls and boys, starting in schools, where domestic violence prevention should be part of the curriculum. Policymakers also need to find ways to reduce the costs for women seeking access to legal services.

Religious leaders, for their part, should create educational tools and committees to monitor their members. Given their influence in Africa, religious leaders’ interventions can go a long way to check this menace.

And NGOs should focus on raising awareness and carrying out public-messaging campaigns to discourage men from violence and to help women speak out when they have become victims.

Women need to understand that even if they subscribe to traditional cultural norms and beliefs, they cannot adhere to those beliefs if they are dead.

If your spouse is threatening your life, you need to leave and find safety.

Nwachukwu’s death is receiving the full attention of the media and law enforcement. But there are countless other women who are enduring domestic violence without justice.

Religious, political and civil society leaders need to step up to end this. We cannot wait for another high-profile case to call attention to the issue. Enough is enough. © Project Syndicate 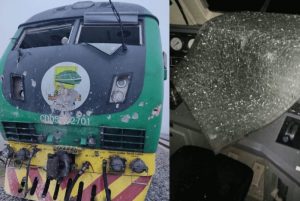 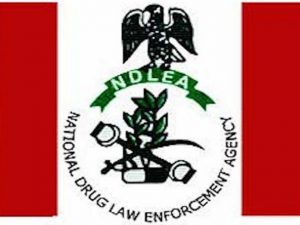