A chieftain of the Peoples Democratic Party (PDP), Mr Ejiofor Onyia has called for a halt to media attacks directed at one of the presidential aspirants of the party and Rivers State Governor, Nyesom Wike, over his failure to get named as the vice-presidential candidate.

He said the fact that Wike was not chosen by the PDP Presidential Candidate, former vice-president Atiku Abubakar, as his running mate in the 2023 election did not detract from the credentials of the Rivers State governor as a faithful PDP leader and pillar of support in the party.
Onyia, who is a staunch member of the Atiku Abubakar solidarity organisation, said party members should be more concerned at this point in time about how to heal the unavoidable bruises from the presidential primary election and to forge ahead.

Speaking during a telephone chat with THISDAY yesterday, the former member of the Revenue Mobilisation Allocation and Fiscal Commission (RMAFC), said he was not aware of the reason or reasons why Wike was not chosen by Abubakar as the party’s VP saying the former vice president was yet to tell anybody that he had anything against Wike.

“I want to warn against antagonising the person of Governor Wike”, Onyia said.
“I don’t want people giving reasons why Wike was not chosen, because they don’t know why, we don’t know why,” he added.
Wike was widely touted as the likely running mate to the PDP candidate apparently due to his performance as the runner-up to Abubakar in the presidential primary election on May 28, 2022, despite his initial assertion that he was not running the race in order to become a vice-presidential candidate to anyone.

However, Abubakar eventually dropped Wike for his Delta State counterpart, Dr. Ifeanyi Okowa, by naming the chairman of the Forum of South-South Governors as his running mate in the 2023 general election.

Nonetheless, Onyia who is also the Chairman, Friends of Waziri Atiku, advised Nigerians, especially PDP faithful, to let Wike be as, “he has done nothing wrong,” saying all hands should be on the deck in the onerous task of ensuring the victory of the party in the presidential election next year
“Our presidential standard-bearer, Atiku, has not told me or anybody that he has something against Wike; so the attack is unwarranted and actually amounts to a distraction,” he said.
“Moreover, the presidential candidate should enjoy the privilege of having an opinion as to who to make his running mate.” 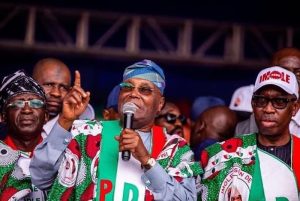 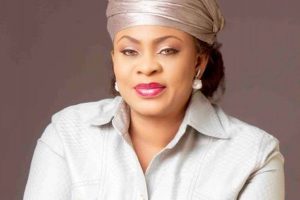 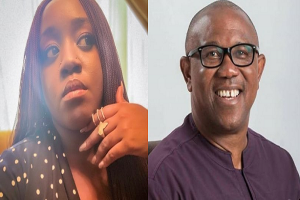