The Lagos State government has achieved another major milestone in its determination to deliver the operation of the Red Line Rail System by the first quarter of 2023.

A statement by the Commissioner for Information and Strategy, Mr. Gbenga Omotoso, said the TALGO SERIES 8 Trains acquired for the Red Line have finally arrived in Lagos.

He explained: “The 2 Nos. Ten and Eleven Car trains which were bought from Milwaukee are here”.
He said it was necessary to decouple the train into 21 individual cars for effective transportation to Lagos, adding that the trains woul be recoupled with the help of rolling stock Engineers from Talgo, the company that manufactured the trains in the United State of America.

Omotoso said: “The engineers will also take the opportunity to train our local engineers whilst they are here to equip our young people with the requisite skills. Once the recoupling is complete, the testing and commissioning will commence followed by full passenger operations in the first quarter of 2023.
“Each train can carry 1500 passengers and is expected to run on the Red Line Rail from Agbado to Oyingbo, with the journey taking less than 30 minutes.”

Meanwhile, Lagos State Governor, Mr. Babajide Sanwo-Olu has disclosed that his administration has a deliberate policy to empower the women folks despite the challenges facing the state.

Sanwo-Olu stated this during the Year 2022 WAPA Connect Conference with the theme: ‘The Emerging Woman” organised by the Ministry of Women Affairs and Poverty Alleviation.

According to the governor, “this conference was initiated in pursuance of our administration’s expressed commitment to optimally harness the potentials of both the male and female genders knowing fully that this is the sure path to attaining our full growth and development potentials as a state.

“It is also a testament to the policy of inclusiveness which our administration is a strong commitment to upholding. The adopted theme of this year’s conference “The Emerging Woman,” speaks to the changing dynamics driven by the new thinking of the 21st Century as well as the new challenge, women have to overcome to play the role expected of them conscientiously.”

While citing world athlete champions, Tobi Amusan and Ese Brume as examples, the governor said, “their remarkable success has once again demonstrated that there is no limit to the height a woman can attain with commitment, determination, and the will to succeed.

“However, the real issue that must be of serious concern to us is how do we support, inspire and encourage young emerging women to arrive at their destination against all odds.

“It is important that we accept this responsibility to guarantee a better future in a socio-economic ecosystem that is increasingly become more competitive.

“As a government that is committed to improving the welfare of women and raising their capacity to become self-sufficient and self-reliant, we have, in the past three and half years developed and implemented initiatives, policies and programmes that have directly benefitted women in the state.

Also speaking, the First Lady of Lagos State, Dr. Ibijoke Sanwo-Olu said by empowering women with the right skills, it would place the state on a pivotal growth, noting that women should take opportunity of various initiatives for them in the state.

In her welcome address, the Commissioner for Women Affairs and Poverty Alleviation, Hon Cecilia Bolaji Dada said, “Out of the 21 million population of residents in Lagos State, 47 per cent are females, with 55.3 per cent women in the active workforce.

“Evidently, our women need more opportunities to boost the economy for our children, who are our better tomorrow. 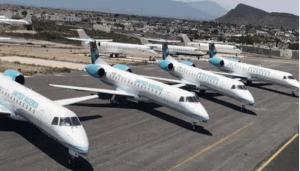