In view of the emerging threats of disease outbreak from flood disaster, Nigeria and the World Health Organisation (WHO) have commenced training of about 350 rapid response medical personnel to deal with any health emergency.

In a speech delivered at the opening ceremony of the capacity building programme for rapid response team to deal with possible infectious disease outbreak, Representative of WHO in Nigeria, Dr. Walter Molumbo said the plan was to provide national and subnational Rapid Response Teams (RRTs) with the key knowledge and tools needed to detect and effectively respond to public health emergencies as they occur.

“WHO is expected that at least 350 Nigerian Core Responders are trained and ready to deploy within the first 24 hours of an emergency,” he said.

While highlighting the importance of the initiative with the theme: “Capacity Building, Learning and Training to On-Board the AVoHC SURGE Team, the WHO Representative said preparation and early rapid execution of outbreak response strategies are critical in detecting, containing, and mitigating the spread of potentially dangerous infectious diseases.

According to Molumbo, emergencies, disasters, and other crises were increasing in number and magnitude daily in Nigeria, affecting thousands of vulnerable and unprotected people.

“The situation is not promising to improve soon. As of 2nd November 2022, 18,093 suspected cholera cases have been reported in 256 Local Government Areas of 31 states (CFR 2.6 percent). About a 41 percent decrease in the number of new suspected Cholera cases observed compared to the previous two weeks, where 3,990 suspected cases were recorded

Mulombo said the ability to deliver an early and effective response required government and institutions to be prepared collaboratively for new outbreaks, adding they must be ready to respond, “nationally, sub-nationally and locally before an attack becomes an epidemic or pandemic.”

He stated that the main objectives of the SURGE training was to train and prepare a workforce that could be called upon when needed – drawn not only from the WHO but mainly from the States, civil society, and volunteers

In addition, he said the purpose of the SURGE was to provide surge support to countries that must rapidly mitigate crises.

Speaking further on the need for such an intervention, Molumbo said the Nigeria health emergency context was now more challenging, rapidly changing, and chaotic, and that most times, response operations were in insecure environments.

He also said inadequacies in emergency preparedness leads to slow and poor response in decision-making.

“There is a need for better structures to quickly mobilise human resources and supplies at all all-levels once emergencies are declared, which COVID-19 has exposed and intensified,” he said. 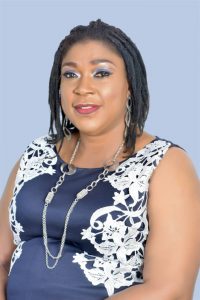