The bilateral trade between Nigeria and world’s 10th biggest economy, South Korea is expected to reach over $2.4 billion by the end of the year.

The Ambassador of Republic of Korea to Nigeria, Kim Young chae made this disclosure at the occasion of the Korean National Day in Abuja.

He said the growth represented a 20 per cent increase in bilateral trade between both countries.

Kim said the growth in trade between both nations is driven by the activities of about 20 Korean companies that are currently doing business in Nigeria.
He said that both Daewoo ENC, which is a major partner of the Nigerian government in the oil and gas sector and Samsung Heavy Industry invested more than $300 million to build an ultra modern shipyard at the Apapa Port in Lagos.

He said Korea considers Nigeria as a strategic partner because the West African country is Africa’s biggest economy with the world’s sixth largest population of over 200 million and abundant natural resources.

He noted that Nigeria is improving its environment to attract foreign direct investment, focusing on manufacturing and agriculture, adding in 1960 when it became an independent nation, its economy was similar to Korea’s.
He said the Korean Cultural Centre, Abuja is reaching out to more Nigerians by signing MoUs with universities and three television stations, noting with great satisfaction, the rising popularity of Korean music, movie and drama among Nigerians, particularly among young generation.

“Our development agency KOICA is expanding its activities in training, education, e-government and humanitarian assistance. More than 2,500 Nigerian government officials have enjoyed study opportunities in Korea under the KOICA Training Program. Our trade and investment agency Kotra is connecting Korean and Nigerian companies so that they build long-term reliable partnerships. These agencies together with the Korean Embassy in Abuja and Consulate Office in Lagos constitute our great Team of Korea. Team Korea in Nigeria work together with one mind to further enhance our bilateral relations,” Ambassador Kim said.

He added that relations between both countries will be upgraded in the coming years following the recent bilateral summit between President Muhammadu Buhari and President Yoon Suk-yeol.

Regarding its relations with the Economic Community of Western African States (ECOWAS), he said the Korean Embassy is seeking to establish a formal consultative mechanism, through which Korea and ECOWAS can work together for regional peace and development. 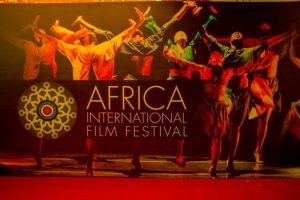