A former Attorney-General of the Federation and Minister for Justice, Kanu Agabi (SAN), has advised that for Nigeria to excel in development, it should begin to give the young people right education.
This as the Rivers State Governor, Nyesom Wike has donated N500 million to the PAMO University of Medical Sciences (PUMS) as support to education system.

The former minister of justice, who described education as pinnacle for nation development, said education given to the youths today determines the future of the country.

Agabi spoke yesterday, as a keynote speaker at the second convocation ceremony of PAMO University of Medical Sciences, in Port Harcourt, Rivers State.
Speaking on the subject: “Discipline”, the former AG expressed faith on Nigeria rising from its challenges, adding that the nation would do better if it encourages young on entrepreneurship.

He commended Wike for his commitment in ensuring that Rivers youths embrace education through the government’s Education Scholarship Scheme, while applauding the former governor of the state, Dr Peter Odili, for his initiative birthing the medical institution.

He said: “Governor Wike is a blessing to the nation. By your service you are a blessing not just to this generation but the future.
“Nigerians from every parts of the nation survived because we believed that this is the only country we have. I have great faith in our country. I have the faith that Nigeria shall raise their hands to the Lord. We are in a nation that people love the Lord, very resilience, patience and hardworking. And that is why the nation survived.

“We must entrepreneur the nation. We must pay attention to our rural area, we have destroyed the village as a cultural institution. The nation is not self reliance. No nation without self reliance can be self discipline. The youths are not self employed because we are not giving them right education.
“If we are going to be self reliance nation, we must shut our boarders, begin to produce and use our self produce.”

To Dr Odili, Agabi said: “The education you have provided for our young people will assure the future yet unborn.”

In his remarks, Wike noted that PUMS is a priceless gift to Rivers, Nigeria and world at large.

Represented by the Commissioner for Education, Prof Prince Mmon, Wike said: “PAMO is a kind of university that is believed will transform the life of our children and bring development to the state
We shall continue to support the university. We have also renewed the scholarship for Rivers state students, including those from poor background.”

The governor further reiterated the state government’s support for other university in the state established by a Rivers person.

In his address, the former Head of State and Chancellor of the University, General Abdusalami Abubakar noted Governor Wike as the greatest pillar of support to the institution
He advised the graduands “As you embark on this journey, you should remember from where you were trained and equipped in character, integrity and knowledge.

He urged Nigerians to ensure there is peace in the country, saying “Without peace there wouldn’t be a country, so let us give q chance in our country.”

On his part, the institution Pro-chancellor, Dr. Odili described Wike as the best governor ever had in Rivers and Nigeria has produced .
He thanked Governor Wike and assured everyone that the privilege which has tremendously led to the growth of the institution will ever be appreciated. 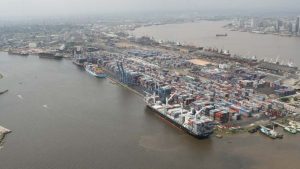 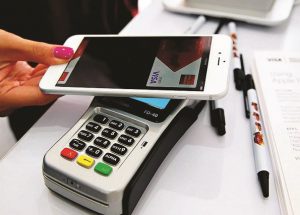